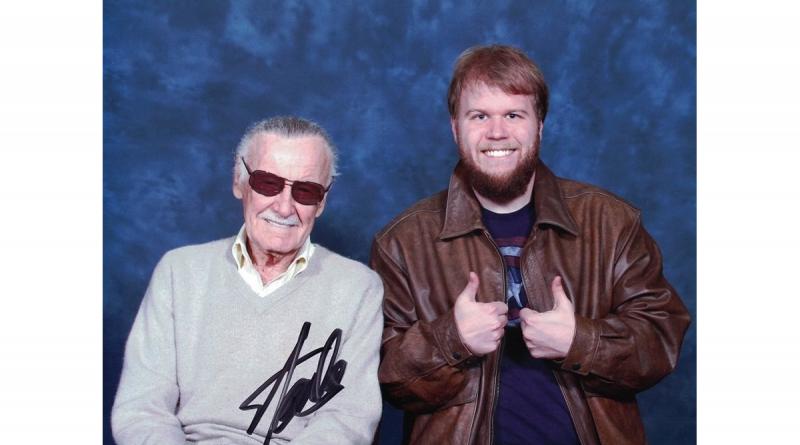 There are many heroes in this world but what makes someone a hero? Is it a power that no one else possesses? A costume that catches the eye? The simple answer is it is all up to how we see a person that makes them a hero at least that is how I see it.

Stan Lee is known throughout the world as the greatest creator of all time, he helped create timeless heroes that so many aspire to look up to as their own hero. Stan himself was not autistic instead he had what we all have within us: A great imagination to help be as creative as he wanted to be.

Iron Man, Thor, Spider-Man, Hulk and many more are all names that are known thanks to the creativity that Stan had within him but with Thor he reimagined the story of Thor from tales of old and made him into a modern day hero.

With the introduction of the film franchise called The Marvel Cinematic Universe it was common to try to find Stan in cameos often referred to of instead of Where’s Waldo to Where’s Stan? From 2008-2019 (with the exception of one MCU Film in 2019) Stan made several cameos and always brought the audience joy seeing him on screen.

Having the honor myself of meeting Stan and the second time telling him what a role-model he was to me to become an author and to get his wise words of him thanking me for my kind words and to keep writing that to me is a memory I never will forget.

November 12, 2018 was a sad day for Stan’s fans when he passed away but his legacy will forever live on through all his fans and his creations that will be enjoyed for many years to come. Happy what-would-have-been-97th birthday Stan. . . Excelsior!