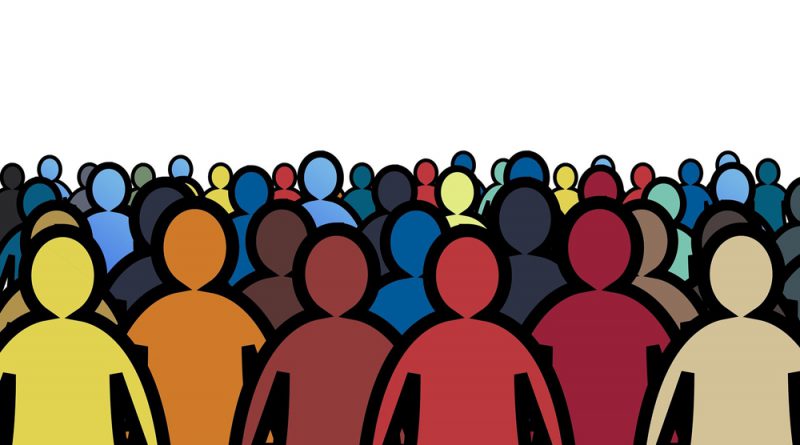 Sometimes people in society can be wonderfully supportive and helpful. They can sit alongside you as your child has a meltdown, just being there. But sometimes the reactions from society can be uninformed or immature.

Here’s a few ways I’ve found to handle the challenge. This article focuses on when you’re with someone with autism who is the focus of “society’s eye”. I’ll write a separate article on situations where it’s you, yourself, in the eye.

When my child was young, we lived in a large city. He was enrolled in a new preschool. He came home crying. When I talked with the teachers to figure out why, they said the other kids from this neighborhood were fairly rough. My son would need to “toughen up” to hold his own.

I could have fought with the teachers. Argued with them. Forced them to stop the bullying. But would it really have worked? Instead, I simply found another, better preschool, and my son loved it. It was a bit of a longer drive, but it was worth it.

Sometimes it’s clear the situation isn’t going to change and you need to just look out for your loved ones. Find a different path.

I know it can be anxiety-inducing to do anything even remotely like confrontation. It can give me hives. But I also focus on how important it is to be the guardian of those I love. Not only am I helping them, but I’m helping everyone else in the bigot’s future. The future people the bigot encounters might not have anybody to protect them. They could be devastated if they ran into the bigot.

I had a business I frequented weekly for well over a year. I knew the owner pretty well. I recommended the place to a friend of mine, who is on the spectrum, that they give the place a try.

The next time I saw my friend, I heard that the owner had been entirely unprofessional with him. Sure, my friend has his quirks, but so do many people on the spectrum. If the owner was going to be this way with my friend, who knew who else the owner would mistreat.

So the next time I went in, I gently asked the owner what had happened. I didn’t yell or scold or anything like that. I just asked. The owner felt he was wholly justified with what he did. I pointed out that it didn’t seem a healthy way to treat a customer, and he disagreed. I thanked him for his time, I left, and I haven’t been back since.

It was very hard for me to talk with the owner. I was shaking. But I let him know that his behavior had been seen and judged as inappropriate. I also showed with my actions that I wouldn’t be supporting him any more. Will that at least make him think the next time he starts to mistreat someone who acts “differently”? I hope so.

One time I was out at a gathering with a group of adult women. One was one the spectrum. She ate her meal, decided she didn’t like it, and refused to pay for it. I was happily chatting away with the group when one pointed out that the non-paying woman was missing. I went to look for her and found she’d been handcuffed for refusing to pay and causing a scene.

I could have done a variety of things, but the key thing was to get her out of the cuffs and out of there. I pulled out my credit card and paid her bill. They released her. I could have argued about her spectrum situation and so on, but it would have prolonged the situation. The best thing was to just get away. As it turns out, the restaurant didn’t charge my card. They were trying to make a point to her about not eating and running, a point that went right over her head.

Every situation is different. You do the best you can do. I would err on the side of shielding the autistic person from conflict. But when possible I do like to take a step to open the eyes of the offending person, so they learn a bit about what is going on and hopefully don’t do it to someone in the future. If I hadn’t been busy with the gathering, I probably would have gone back to the restaurant afterward to explain to them the situation. It might have helped them if something similar arose in the future.

It’s also good to show the person you’re with that there’s a healthy way to deal with a situation like that. You’re modelling behavior which hopefully the person on the spectrum will absorb and learn from. After all, it’s likely they will run into society’s eye at times that you’re not there. You want them to be able to handle the situation as best they can.

What situations have you run into, and how did you handle them?