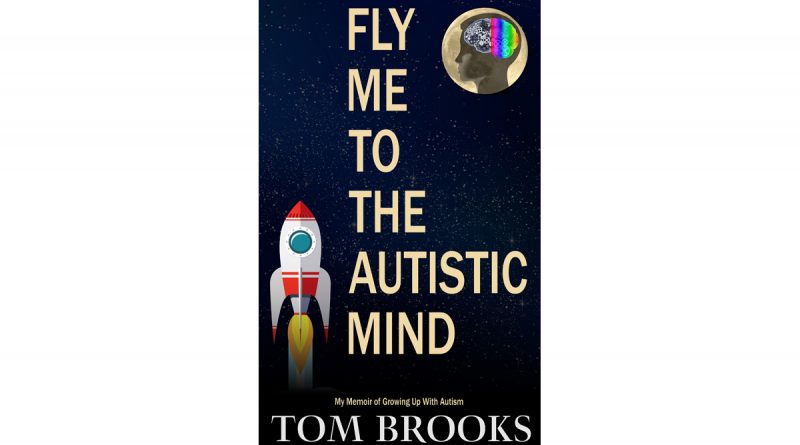 This article is a guest post by talented autistic author Tom Brooks. His memoir is linked to at the end of this post.

Myth is defined in the dictionary as a traditional story, especially one concerning the early history of a people or explaining some natural or social phenomenon. In Ancient Greece if a flash of lightning was seen it wasn’t uncommon to hear, “Zeus is angry about something” or even, “Zeus is preparing a good storm.” Whereas in Ancient Scandinavia they’d say, “Oh boy someone pissed off Thor.”

To the ancients no matter where they called home they always found a way to come up with a name to describe the elements and changes around them to best tell the story of what was happening. But with one modern word of the modern era there is no true origins of how to best explain it and that is autism.

There have been many myths about Autism especially its causes as well how autistic individuals absorb the world around them and how they behave due to their autism. As a man who was born in the mid-1980’s there were some breakthroughs in this vast spectrum in which people were still learning from it each day.

Along the way of discovery all notes that could be observed were quickly written down and accepted as scientific fact and shared with the world. My own diagnosis of autism did not come forth until I was in preschool at the age of five or so as I have been told.

The classic line from the movie Forrest Gump speaks, “What’s normal anyways?” The word normal according to the dictionary is defined as conforming to a standard. I ask a standard of what? Each day I meditate I find there is always a new way to look at that word of Normal.

But since autism is such a vast diagnosis of many different behaviors, traits and ways that people observe based on the diagnosis they are given I have found that there is truly no strong enough definition of the word Normal to go alongside autism because everyone is unique autism or no autism.

Over the years I have observed many myths of autism and how the general world we live in has taken in the information presented as so-called scientific fact and what many believe to be true myths of autism to be taken into consideration. With each day I just shake my head in disappointment that so many continue to accept the old myths and not give autism a second thought. I have included some examples in this article.

It is widely believed that an autistic individual is incapable of feeling emotions of love as well empathy. Those on the spectrum do face the challenge of maintaining eye contact as well understanding social cues, even a non-autistic person can have trouble with them and so does that mean they have a little percentage of autism in them?

I myself have had a few girlfriends in my life, three were non-autistic and one was autistic. What did each relationship teach me? Each one taught me valuable lessons in understanding how the world sees autism. The autistic ex taught me how women with autism differ from men on the spectrum and to be in three relationships with women who were not on the spectrum it taught me that it takes an open-mind to truly look past the autism and see the person for who they truly are.

Before my exs I never was lucky with dating because at the time like any shy and awkward teenager I did face my hardships of maintaining eye contact a good amount of the time as well reading social cues. But my greatest challenge was finding the right girl to ask out but so many I knew were either interested in guys with cars, guys who they deemed cool enough to date them or guys older than themselves. Many times in school I was friendzoned and it still hurt all the same that none I went to school with were interested in a guy like me with one girl trying nowadays to tell me that my timing was just off, timing or not that is in my eyes not legit a good reason as I believe if you feel you like someone you take that chance to make that first move instead of wait.

Now in my thirties and as said having had girlfriends and dated all I know is it is going to take someone really special to look past the autism and see they got themselves a great guy. But what about all other autistic people? That I truly only can say is just be who you are but do not be shy at all with asking anyone out but just remember to take your time to get to know someone.

There is an old saying, “An elephant never forgets.” This old saying refers to being able to store an infinite amount of knowledge and never forgetting it. This has been said of me when I watch Jeopardy with either friends or family as well when we partake in trivia nights. However not everyone who has a photographic memory is autistic because we all at one point or another can recall even the most amazing information but some credit autistic people for remembering even the extra bit of details.

I have known many with photographic memories and each day they always amaze me with their knowledge they can pull from the great library that is the human brain. So question is everyone on earth autistic for being able to recall details this good? The answer is no because everyone can be as skilled as they want to be in terms of knowledge retaining it.

Either way to go over nearly every myth I have heard there is just not enough time to go over every single one. I will leave the reader of this to wonder one thing and that is this: Regardless of how the world sees you personally, how do you feel you will help to discourage the myths of old as standing fact and teach the world your knowledge of what you have gained once you get to spend some time with someone on the autism spectrum and have seen for yourself that the myths of old do not stand as myths anymore and instead you have opened your eyes to a larger world of understanding after being in the presence and observing autism.

The book cover for Tom Brooks was designed by Lisa Shea and was supplied by Tom Brooks.