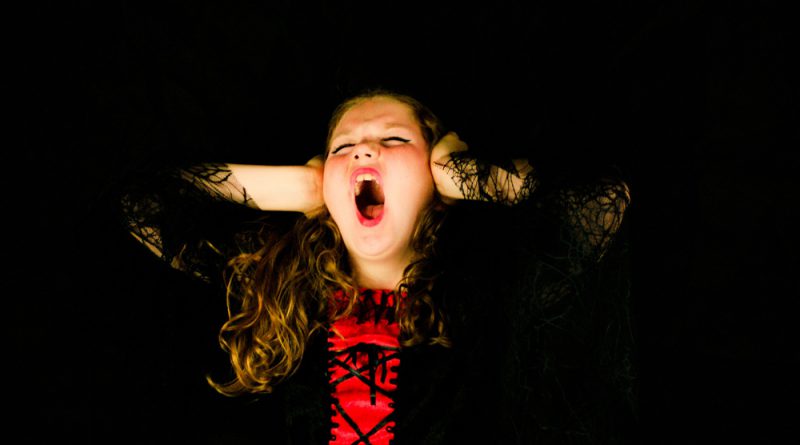 To strangers, a tantrum and a sensory meltdown might seem the exact same thing. A child yelling, flailing, and “acting out” in a public place. But these are two entirely different situations, and they need to be handled in entirely different manners.

What Is A Tantrum?

Let’s start with the tantrum first. A tantrum is generally about a person wanting something and not getting it. Maybe they want another serving of ice cream. Maybe they wanted to go to the zoo, but it’s raining. They are so fixated on their desire for something that they are furious at not getting it. The tantrum is their way to get it. Often, if the parent / guardian caves in and gives the item requested, the tantrum stops.

What Is A Sensory Meltdown?

With a sensory meltdown, the person’s brain has become completely overloaded with sensory input. Maybe it’s very noisy there. Maybe it’s full of flashing lights. Whatever inputs are coming in, they cross a threshold point where the person can no longer cope. Their brain just shuts down. They cannot handle anything more.

How Does a Tantrum and Sensory Meltdown Present?

Part of the challenge is that, to a passing stranger, both a tantrum and a sensory meltdown can look identical. Perhaps the child is flailing on the floor, screaming and yelling. Maybe the child has plunked themselves down in the middle of an aisle and absolutely refuses to move. The stranger might mutter something about “kid needs more discipline” as if the child is willfully doing this.

With a sensory meltdown, the child isn’t willfully doing anything. They are in essence in a state of shock. Their brain cannot handle anything else, including instructions or suggestions.

If the person is actually having a tantrum, the solution is never to give in to the tantrum’s object. That creates a positive reward loop where the person learns that tantrums are an ideal way to get a desired goal. Instead, the solution is to model healthy behavior. Don’t yell or stress back. Instead, calmly show that you have heard their request. That is half the battle. Often the person has gone into yelling or extreme behavior to make sure they’re being heard.

Then calmly explain the situation. You’ll go to the zoo Tuesday when it’s sunny. There’ll be ice cream tomorrow after dinner. Don’t fall back on threats – often people in a tantrum situation can’t process threats. Show that the tantrum doesn’t get the desired result and that quieter behavior will. Say that you’ll discuss the solutions once they calm down. Encourage them to breathe deeply and to take a drink of water.

This is a long game. Be ready for some hiccups along the way, over the weeks or months, as the message sinks in. This is part of a person learning how to interact with society.

People in a sensory meltdown situation have temporarily lost the ability to think clearly. Their brain is just overrun with inputs. It’s like a computer “thrashing” as it tries to clear out too many signals. You can’t talk your way through this – the brain is already full.

First, if you can, get the somewhere quiet and low-input. The problem was they got over-full. Find a quiet, dark space. Somewhere peaceful.

Then just sit. Their brain needs time to work through its gridlock. This can’t be rushed or hurried. Sit with them, at their level. You don’t need to explain things. They can’t really hear it right now. Be there for them. Tell them you’re there and you love them. Tell them it’s OK. They’re going to be OK. Give them the time they need to have the jam clear out and reset.

There are always going to be overwhelming situations in life. Part of the goal is to be able to learn how to prepare for them and how to handle them. How to realize the situation is getting worse and to find a way out before the meltdown occurs.

I personally find that meditation and mindfulness help immensely.

One thought on “Tantrum vs Sensory Meltdown – Coping Solutions”