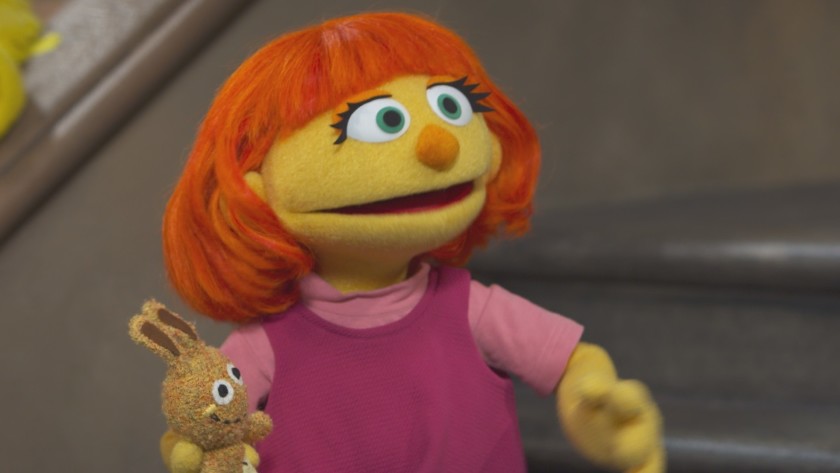 When Julia the Muppet was first introduce to Sesame Street in 2017, many hailed it as a groundbreaking step. Now, several years later, we can see just how important that was.

Sesame Street is watched by millions of people all around the world. It’s the way many young people learn about the wider world beyond their immediate community. Having an autistic voice in that presentation is extremely powerful.

A Today show interview featured a parent of a child on the autism spectrum. She discovered that other children would sometimes come TOWARD her child, rather than hesitating back, because they realized her child was like Julia. These other children understood Julia – and they understood her son. They were warm and welcoming.

When Julia the Muppet was first introduced, many parents worried she was a stereotype. That she was just one tiny slice of what autism was all about.

But the point is that she’s even there. That autism is being presented as a normal part of our community. Sure, no other child (or adult!) is exactly like Julia. That’s fine. The mere fact that we can accept children who are non-verbal, who are sensitive to sensory distractions, and who “isn’t like us” as a happy part of our community is an exceptional thing. And it’s making real differences in our world.

We need more of this representation. And rather than being critical when they come forth, we need to keep asking for more, more, and more, to make the spectrum more complete.

Image of Julia the Muppet used as fair use to discuss her character.