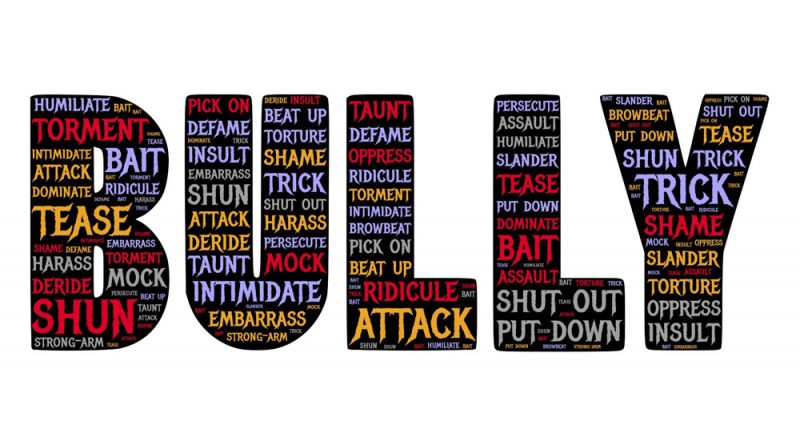 When we think of bullying, we sometimes think of outlandish, egregious behavior. A big, bulky football player lifting a tiny boy by the ankles and shaking him upside-down to torment him. But sometimes bullying is more subtle. Sometimes it’s about social inappropriate behavior. And sometimes that means that a person on an autism spectrum or with Asperger’s can bully, perhaps without even really understanding it or meaning to.

It’s important to think about this issue and to handle it. Even minorities and excluded people can end up in a bullying situation. The more we can eliminate all bullying of all types and from all directions, the healthier our society will be.

Bullying isn’t necessarily about a football player slamming a small, thin child up against a locker wanting their lunch money. Bullying can come in subtle varieties. If a group of six people are happily talking and another comes along, and that main group rudely shuts them out, that can hurt immensely.

If a trio of children are happily talking about Minecraft and another child comes along, desperately wanting to share their love of Minecraft, and the first three ridicule that child, that can be bullying.

It’s very easy for children on the autism spectrum or with Asperger’s to not understand this. Social cues can be hard. If three children on the autism spectrum trust each other as friends, that can feel extremely special. If a fourth child comes along, it can feel threatening or dangerous. The trio wants to protect their safety and space. It can be hard for them to see that the fourth child just wants love, too.

Children who bully often aren’t doing the action because they “like” to be a bully. Often they don’t even realize they are a bully. Often they are afraid and scared. They don’t want things to change. They like how things are. Maybe a new person seems to be a threat to an established order. Maybe they’re trying to fit in. Or maybe they’re just confused about the entire situation in general.

Let me share a situation I was in when I was a bully in school.

Let me first note that all through my schooling I was bullied by others. I was “pushed ahead” in school right from Kindergarten, so I was always a year less mature than others. I was harassed for it incessantly. If anybody should have been sensitive to the issues of being bullied, I should have been.

I still have great guilt about this situation. If I had a time machine, with my better formed adult brain, I would go back and ‘fix’ this. I can’t. I can only use this situation as motivation to do much better in the future.

This was the transition to high school. We all got yearbooks and went around getting each other to write quotes in them. It was an exciting time. We were about to be high school students! This was amazing! I had always been incredibly shy in school and I sort of thought I could “reinvent” myself in high school. Maybe make some friends. I was looking forward to that chance.

So I was feeling fairly magnanimous when signing yearbooks. I thought all of us were in that “leave the past behind” mode. I wanted to be brave and new.

One of the boys in middle school had always been fairly testy and hostile. I had a secret crush on him. I thought he was a wonderful person but for some reason he seemed to snap at and be rude at people. I thought high school would be his chance to show his wonderful side to the world.

I of course could never say this to his face.

So when he handed me his yearbook, I realized this was my perfect opportunity! I would write him his note, he would realize how insightful I was, and we could both reach high school as cool new people!

I wrote that he was a wonderful person and if he could just be less testy and hostile to people, everyone would love him.

Of course, I was completely oblivious to the fact that EVERY OTHER PERSON WHO SIGNED HIS YEARBOOK would see my secret note to him. I have no idea why this didn’t occur to me. I thought of this as my secret message to him. I was just completely clueless.

Of course, he read it and came over to yell at me for writing this in his permanent yearbook. And I was humiliated. He was right. I have no idea what I was thinking. Well, I was thinking I could help him and we would be cool high schoolers together. But I have absolutely no idea why I thought this was our secret message to each other.

If I could go back in time ABSOLUTELY I would have at least written it as a separate note tucked into his yearbook and not in his actual physical yearbook!

I’ll note that also as a freshman in high school I still wanted to be “seen” by him. So I found my bravery and made a joke to him. But it was an awful, hurtful joke, and it only made things worse. And then half-way through my freshman year my family moved (again), so I could never even fix things.

As an adult I have to be compassionate to my young thirteen-year-old self who was already having all sorts of social issues. I was trying to do something brave and new. I made a huge mistake in how I did it. I still regret it now, decades later. Hopefully he has forgiven me for it. I still remember it, and it means I try to do much better now in how I speak to people.

Do you have past decisions you regret, which has you now handle things differently?