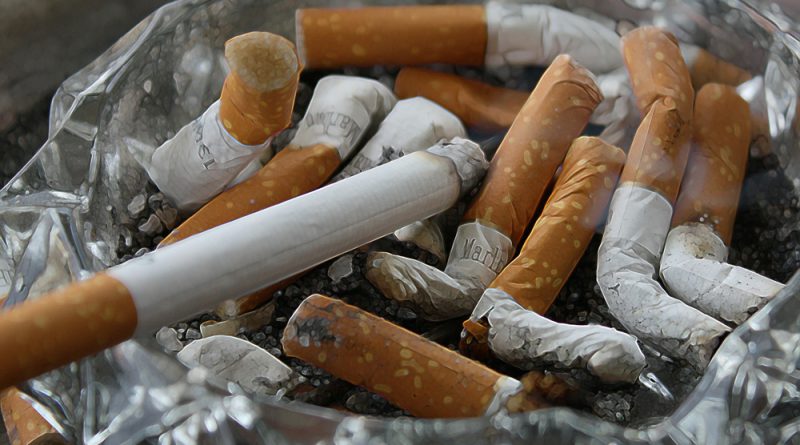 It’s not just lung cancer that is caused by smoking. The toxins from the cigarettes get into the entire body. People who smoke get mouth cancer, larynx cancer, stomach cancer, liver cancer, bladder cancer, kidney cancer, colon cancer, and so on. Everywhere the toxins touch, they start mutating DNA.

And that includes sperm cells and egg cells.

We already have the proof – in large statistics – of just how dangerous smoking is to cells. The rate at which smoking’s toxins mutate cells into cancerous is pretty phenomenal. And since many aspects of autism are linked to mutations in the MECP2, GABRB3, and SHANK3 genes, that mutation just has to hit in one of those areas in sperm or eggs to trigger a problem. There are many other genes we haven’t yet identified.

Cigarettes are known carcinogens, so it’s not that we are unaware of this issue. We know they cause mutations.

Other carcinogens we might encounter are pesticides. There’s been a lot of talk in the news lately about the dangers of Roundup. It’s generally a good idea to be quite cautious when working with pesticides.

But it’s not pesticides which are at that top-of-the-list for causing cancer and mutations in humans – it’s smoking. So it’s a wise idea, if you’re planning on having a child, to avoid smoke as much as possible. It’s your eggs or sperm which will be creating the new child. If your eggs or sperm end up with mutations, that forms the building blocks for your unborn child’s entire life.

Note that studies do NOT find a DNA-level impact if a parent starts smoking after the embryo is formed. At that point the DNA is already set and it is simply replicating itself over and over. So it’s generally not possible for something to get into the mother’s womb and to impact all the DNA of all the baby’s cells at once at a cellular level.

But you still shouldn’t smoke while pregnant. The smoking causes womb environment issues which leads to low birth weight, preterm birth, and other problems.

It would also be true that smoking AFTER a child was born couldn’t somehow cause autism. The child’s entire body full of DNA is all set. Smoking can cause individual mutations like in a lung cell or in a throat cell which would then multiply. But there’s no way a smoke toxin could cause every single cell in the brain to all have the same mutation.

Still, again, there are plenty of problems with a child inhaling second-hand smoke. It causes a wealth of lung issues like asthma, infections, and even ear infections. So it’s bad in different ways.

To summarize, smoking just isn’t good at any time. It’s important to plan ahead, and to not be exposing your body or your family’s body to smoke when you are thinking about starting a family.

Image of cigarettes in ashtray sourced from Pixabay / artist geralt