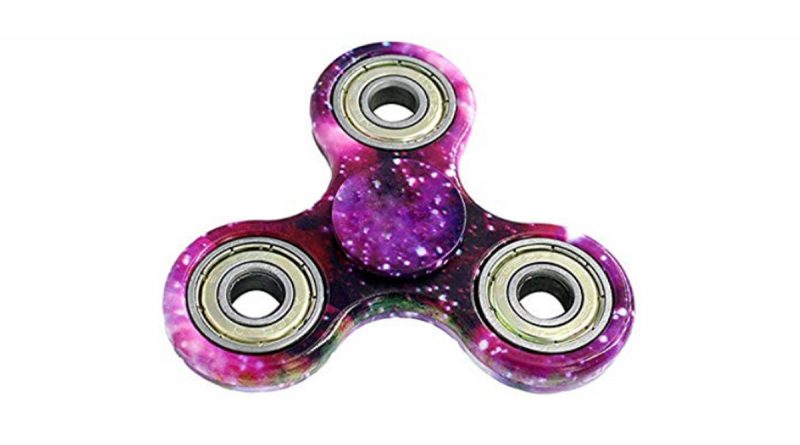 I remember clearly when fidget spinners first came out. They were marketed specifically to fidgety kids. It seemed everyone was buying them. That made me not want to get one. I tend to be against “following the trend” whatever the current trend is.

Second, I’d read a news report about the actual inventor of the fidget spinner getting bilked out of millions of dollars. Back in 1993, Catherine Hettinger invented this cool little toy. At that time, autism and Asperger’s weren’t as widely known as they are now. Catherine struggled and struggled to get her product seen in the marketplace.

Finally, out of money, she couldn’t afford to renew the patent. She let the patent lapse in 2005. And the vultures swept in. The vultures made millions (maybe billions!) while she was starving. This upset me a lot, so I refused to buy one out of solidarity with her.

But finally one day in 2018 I was standing in a Michael’s buying art supplies. Right next to me in line was an entire crate of these fidget spinners on discount. They were so saturating the market that they had too many of them.

So I picked one up, out of boredom and gave it a spin.

And then I heard that I had been misled about Catherine and her invention. It turns out you can look at her patent online (ah, the wonders of the Internet) –

Catherine had been trying to sell in essence a small frisbee with a dimple in its center so you could spin it on your finger. That isn’t nearly as appealing at the cool modern circle-holding ones. I wouldn’t play with a frisbee on my finger. But I will absolutely spin a fidget spinner on my finger and listen to that whirrrrrr.

So I’m sorry I got taken in by the news articles which said Catherine had been badly used. I’m also sorry I had such a knee-jerk reaction to “this product is for fussy kids and is a fad – I won’t even try it.”

I do recommend trying it :).

Image of Galaxy Fidget Spinner used as fair use to promote the product link.