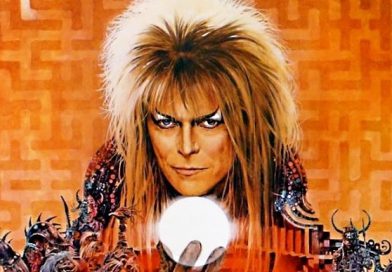 I have always adored David Bowie. He treasured the arts from an early age and loved to combine acting, music, theater, and every creative instinct at his fingertips, no matter what anyone else said. He followed his own path. He experimented with a variety of styles. He painted. He sang. He played instruments. Right up until his death at age 69 he was continuing to play and write.

Bowie actively broke down barriers. He spoke openly about being bisexual in an era where that was not widely accepted. He dated and then married a woman from Somalia. He explored a variety of religions.

And, in a story only now coming to light, he touched the soul of a young autistic boy.

This was during the time of Labyrinth – which came out in 1986. This cult classic was amazing for those, like me, who connected to its message. David Bowie was perfect as the Goblin King. It was yet another example of him wearing a mask to tell a story.

There was a special event where Bowie met up with a group of children to sign posters. One of those children was autistic. Bowie and his team realized the child was shy so they set up a special, private room for the child. Bowie spent twenty minutes with him.

Bowie explained that he was wearing a special, invisible mask and that’s why he didn’t look afraid. Bowie “took off” this mask and showed how he was afraid without it on. Then he gifted that special mask to the child.

This Facebook page gives more details on the interaction – it’s truly heartwarming. It shows again just what kind of a compassionate person Bowie was. It reminds us all that we can be that special light who touches another human being.

Here’s the link to the book which has an expanded version of the story.

We can all be that special person in another person’s life. We just need to open our hearts and be present.

Still image of David Bowie from Labyrinth used in fair use to discuss the movie.